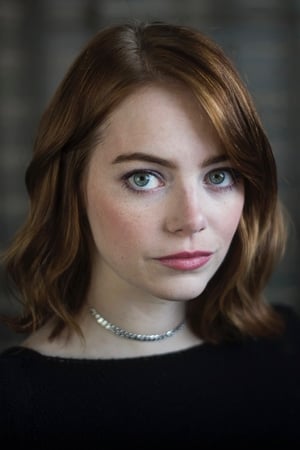 Emily Jean "Emma" Stone is an American actress best known for her deadpan acting style, husky voice, and red hair. Having been born in Arizona she dropped out of high school at age 15 to move to Hollywood and pursue acting. Though naturally a blonde her first role ever was landed after dying her hair brunette and eventually red by director Judd Apatow for her breakout role in Superbad. Her notable low voice is a side effect from incessant screaming as a baby.